I’ll just come out and say it.

Now halfway through the calendar of my 27th year on this planet, I’ve almost reached $200,000.

With those scorecard stats out of the way, the next question I usually get is something along the lines of, how?

Along with the question of “how” usually comes a host of assumptions. We’ll dispel of few those off the bat:

On the contrary, I started out like millions of Americans born to working-class parents. A 15 year old eager to score his first job and start earning money to buy cool stuff!

And so I mustered up the best job my unqualified teenage self could find: digging ditches in the scorching Texas summers. To say it was brutal work would be too kind.

The eureka moment came not long after. My first car and a few impulse purchases to impress my friends later, I was still under the impression that in order to be rich, you had to make tons of money and buy tons of stuff. That was, right until I learned about ‘ole Grandpa.

To appreciate this next part of the story, I’ll need to briefly introduce my Grandpa. At the time, Grandpa was fresh off a retirement at the younger-than-his-peers age of 60. This came as a bit of a surprise to most of us since we all assumed Grandpa would be working forever. After all, Grandpa was poor, or at least that’s what we all thought.

How would we think any differently? He had never gone to college, and he raised FIVE kids on a meager five figure, blue-collar income. Grandpa always drove an old beater, changed his own oil, and was known to walk a mile down the street if it meant finding a good deal on the cheapest beer possible.

So I mean it when I say I was absolutely shocked when I learned poor ‘ole Grandpa was actually a millionaire. Apparently, he’d been socking away money all those years, and by age 60, his stock market investments totaled $1.3 million dollars.

That’s when I knew it. If Grandpa could save his way to riches, anyone could. So I started saving.

Kicking the Savings Into High Gear

It wasn’t long before I stopped spending all my money and actually started saving. Around age 16, I’d saved enough to open a CD at the minimum allowed balance – $500. I jokingly called this my retirement account, and it was only years later that I’d laugh at how true this was.

I continued saving. Eventually, I worked up the courage to start investing in stocks. I didn’t really have a clue, but I knew it worked for Grandpa, so I might as well give it a shot. Like most beginning investors, I made the mistake of trying to pick individual stocks and outsmart the market.

Shortly after my first investments in 2007, I learned the dangers of trying to time the market when the entire economy collapsed.

But I stuck with my plan. Now in college, I continued to invest through the recession, partly out of the sense of confidence that only youth can provide, and partly out of dumb luck. I kept working construction in the summers to support my investments (and my surprisingly expensive beer drinking habit.) I took on odd jobs during the year, and I even had a few semi-successful entrepreneurial stints – everything from flipping concert tickets to buying and selling baseball bats for a profit.

With the help of the massive market recovery and my modest periodic contributions, by the time I graduated college, my little $500 retirement account had grown to $25,000. It was a powerful lesson; trust the market and continue steady contributions even when everyone else is panicking.

Setting Up a Career of Savings

My first job out of college was an entry-level finance position earning about $50K. I watched a lot of my friends receive similar or higher positions and immediately start blowing everything they had.

I took a different approach. The way I saw it, my life had been awesome living in a grungy apartment with 4 people in college. What difference would granite counter tops or a new car suddenly make to my happiness?

So I avoided all the unnecessary expenses. I still went out when invited, maintained an awesome social circle, and even traveled several times a year.

But I kept driving my 13-year-old car to avoid hundreds on a car payment. I passed on the extra-trendy apartment to save $500 a month in rent. I cut the time sink of cable, and I bought a cheap internet package that streamed high definition cat videos just fine. And maybe most importantly, I denounced the no-thought spending of mindless consumerism with a passion.

In my first year of that post-college real world, I saved nearly 40% of my $50K salary. And then I set it the whole thing on autopilot.

I didn’t change a thing, even when I was fortunate to receive a few raises. Instead, I kept my spending steady and pocketed the raises. I upped my 401k contributions and funneled more and more cash into my strategically chosen Vanguard index funds.

The market kept climbing, and my little retirement account started building enough momentum to start turning into a serious snowball of compound interest.

*money wizard’s net worth over time*

That feeling of looming Financial Independence

What’s the point of all this saving?

At this rate, as long as we don’t get nuked by North Korea, my few years of “sacrifice” gives me a few options. (Yes, I’m using quotes there, because I’d argue my lifestyle has been far more enjoyable than the big spenders who constantly stress over the next paycheck.)

Assuming average investment returns, either I can work a traditional career and retire a multi-multi millionaire, or more likely, I can take an early retirement before I’m 40, living off a $1 million portfolio.

The latter option sounds mighty appealing. I’m motivated by the idea of a lifestyle free from the stressors of the rat race, and the creative freedom that comes with financial freedom.

Speaking of which, time and again, history has proven that people do their best work when they’re not trapped to a paycheck. Would Benjamin Franklin ever have founded a country, if he didn’t take an early retirement from a printing press?

How to Save Hundreds of Thousands of Dollars

I don’t share all this to brag or to chase attention. I share my story because I think it provides a few simple takeaways anyone can use to save tons of money:

Trying to outsmart wall street by picking individual stocks is a fool’s game. Consistent contributions are the most important factor in wealth growth.

…Even if you’re not an investing genius.

I’d have never graduated college with such a nice jumpstart to my savings if I didn’t take the plunge to invest in a down-market.

Once you have a saving system in place, it’s all about limiting unnecessary expenses and staying the course.

Most of my friends have no idea that I’m “frugal” or that I’m sitting on nearly $200,000. 58% of the average budget is spent towards housing, cars, and materialistic purchases, and these categories have almost no impact on your relationships or experiences.

Besides, everyone is too worried about their own lives to care if you’re keeping up with the Joneses.

Sean is the 20-something blogger behind MyMoneyWizard.com, a website where he shares his plans for reaching complete financial independence by his late 30s. His approach to saving over half of his income has been featured in Forbes, Business Insider, Yahoo Finance, and CNBC. When he’s not writing, he can be found cycling, skiing, or traveling the country. 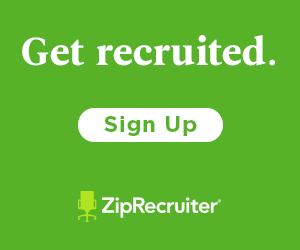 How to Save Your Grocery Budget When You Start Eating Healthy

Saving Money With Smart Grocery Shopping and Eating Out

Interview with Michelle from Making Sense of Cents Blog

March 13, 2018 Donald Nickel Comments Off on Interview with Michelle from Making Sense of Cents Blog

6 Genius Stockpile Secrets That Every Frugal Person Should Know

How Saying No Will Make You Save Money