This post is sponsored by Debt.com. All opinions are 100% our own.

Just because you’ve been turned down for balance transfers and personal loans, it doesn’t mean you’re destined for bankruptcy.

America is drowning in debt – and credit cards are dragging us down. According to statistics from Debt.com…

And while a common narrative is that people run up credit card balances with frivolous spending, the reality is that most people facing challenges with debt didn’t have any other options.

Stagnant incomes, rising prices and the ever-increasing cost of living are leaving millions of Americans living paycheck to paycheck.

Then, when a disaster strikes, these individuals are forced to go into debt just to stay afloat.

Meet Diane, a single mom who found a solution…

That’s the type of situation that Diane faced after she lost her job. She was out of work less than two months, but as a single mother of two she was already stretched thin with no emergency savings to fall back on.

So, when she her company laid her off, all her bills, groceries and other necessities went on credit because it was the only choice she had. It was a major setback that she’s still working to recover from.

Once she got a new job, Diane was optimistic that she’d be able to catch up. But getting ahead of her credit card debt proved to be harder than she’d anticipated.

Her new job was covering all the expenses in her budget, but there wasn’t much left after that. She didn’t have any extra cash to make more than the minimum payments on her credit cards. And anytime an unexpected expense came up, she was forced to put that on a credit card, too.

So, instead of regaining stability and control over her debt, her balances were slowly getting higher.

As a result, Diane was forced to start juggling bills just to make ends meet. There were some months where she just couldn’t keep up with everything.

She finally realized that her strategy wasn’t working and that she needed to find a solution. So, she started to look into debt relief options online.

That’s when Diane ran into another problem that her challenges with credit card debt had created.

She’d only missed a few payments on a few credit cards, but those little missteps had dropped her credit score by over 100 points. She got rejected when she applied for a balance transfer credit card.

Then she got rejected on a debt consolidation loan, too. Nobody was willing to extend her any new credit, so any do-it-yourself solution was off the table. If she wanted to avoid bankruptcy she needed help.

What to do when low credit scores limit your options…

This isn’t an uncommon situation. Only 30% of Americans have credit scores that are considered excellent (750 and above); another 13% have a score that is considered good (700-749). But that leaves more than half of Americans (57%) with fair-to-poor credit ratings.

So, while do-it-yourself debt solutions exist, they don’t work for a large percentage of the population who don’t have the credit score necessary to qualify.

Diane worried that she was headed for bankruptcy, which would just set her credit back even more. But after seeing a commercial for Debt.com, she decided to make one last attempt to find a solution.

She spent about 30 minutes on the phone with a representative reviewing her situation. By the end of the call, she had a solution that would pay off her debt.

It wasn’t going to solve her problems overnight, but she finally had peace of mind that she’d be able to become debt-free without going through bankruptcy.

Taking the first steps to get the help you need…

If Diane’s situation sounds familiar, then it may be time for you to reach out for professional help, too.

Every financial situation is unique, which means any debt relief service you work with will need to understand your situation in order to recommend the best solution.

Before you call to get professional help, you will want to gather up all the relevant information that the debt resolution specialist will need to accurately assess which solution is best for you.

Here is a list of what you need to have on hand when you call for debt help:

Having this information readily available will ensure that a debt relief specialist can fully understand your financial situation to make recommendations accordingly.

Then, with one phone call to 1-844-331-7662, you speak to a specialist and find the best solution to help you save time, money and aggravation as you work to become debt-free. 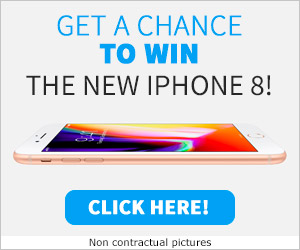 How to Save Your Grocery Budget When You Start Eating Healthy

Saving Money With Smart Grocery Shopping and Eating Out

Interview with Michelle from Making Sense of Cents Blog

September 11, 2017 Donald Nickel Comments Off on Interview with Michelle from Making Sense of Cents Blog

6 Genius Stockpile Secrets That Every Frugal Person Should Know

How Saying No Will Make You Save Money